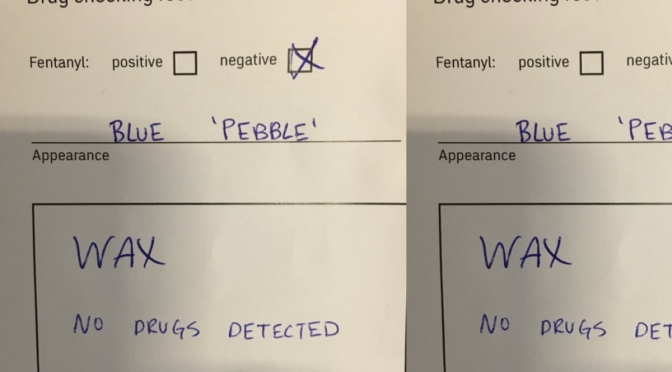 our history is your future

its odd that they use the word ‘mixing’ as if the use of benzos like etizolam (which is not licensed for use in canada) was intended.

the fact is, these novel benzologues entered this market for the same basic reason that fentanyl did (when it flooded the market, almost entirely replacing heroin, 2015-16): profit.

apparently, its hard to make any money off poor people who are always getting poorer. so we see a very potent non-opioid in a large % of the supply. however, the supply itself changes through time. in fact, it changes in step with the cheque cycle most months. the upshot of this is after (for example) a couple weeks of using down with a high benzo content, your tolerance for opioids is diminished to whatever extent, meaning that you’re going down hard when the supply shifts and contains more fent.

month by month, the supply is inching away from opioids. in Toronto, the % of xylazine, a veterinary tranquilizer, is astonishing. on the west coast, drug checking finds novel benzodiazipines – ie they are custom-made.

in June, I tried to find out what – besides benzos – drug checking was seeing in the down. yes, i said. “active” contaminants and bunk.

this is a wrench in safe supply prescribing. you may think you use fentanyl but you also use benzos and a bunch of other random shit. so by shifting to safe supply, you’re withdrawing off all that, which can be terrible, and really dangerous (but not dopesick), and you can be prescribed legit benzos to make it smoother, and you should. whatever you think you use is inaccurate, and whatever a doctor says you use – well, that doctor is wrong.

can someone shift to a prescribed supply when theyve been consuming unknown sludge for however long? i think so, but we have to acknowledge the reality of the sludge to get anywhere. did anyone want all that shit in the first place?

on the other side you have the prescribed opioid without all that other stuff. but to get there i think health systems and prescribers need to get a lot more flexible. you’re not replacing a drug, but a drug market.

and if this is successful, that market will slowly react and there will be a tipping point when enough people are on prescribed supply, and those people will have a lot more money.

i wonder what will happen then

alcohol was prohibited in Vancouver during the 1918 pandemic. a lot of people died during prohibition, at the end of the war, in that pandemic

health services were already short staffed because many doctors and nurses had gone overseas, to serve in the war.

it was prohibition and if you wanted to drink, this was the legal route. you needed a prescription. it was rationed, and mild.

it was pandemic safe supply.

otherwise you had no idea what you were drinking but people went to underground bars anyway. i know this; i was in the basement of old gachet on cordova, where there’s a tunnel to the old bar − people could enter it from down the block & around the corner. to not use alone.

to examine documents now, to be historical, is to wonder at how infrequently the pandemic is mentioned. once it was here.

it was understood very differently in in different places. and death rates tell only only a part of the tale. i wonder what it was by neighbourhood

if you can’t get social or physical distance, there’s always the historical option. step back, and look at us.

were they supposed to pretend that never happened? to forget that they ran out of flowers for funerals? they sure tried.

will we? did our deaths or lives ever happen?

remember that thing with the expropriation

remember the expropriation of the hotels

before the buildings were SRO hotels

it wasnt that long ago, from a historical perspective.

if you looked close   or from an angle

people dont want to notice, because that would make it real

(historical change is all up in your face)

we’re not going back to ‘normal’

this is a fast emergency and fast fast change and nobody knows the future.

this is a really small thing that apparently needs to be said.

we’re not going to have mass tourism, cruise ships, events, big festivals and so on

all that is over.

yes i am a historian actually.

becoming social housing IS your bailout

and there will be 1-3% of visitors as in the beforetimes and why would they i mean who takes the risk of boarding a plane to look at a pile of corpses and the monuments the survivors built for themselves and then sold to a corporate investor for a 3.4% profit on spec #vanre

FEW LAYMAN know the meaning of “B.P.” on the label of a medicinal product. Yet it’s no secret. It stamps that product as conforming to the standards of quality specified in the “British Pharmacopoeia”

This book of standards for the protection of the public has been maintained since 1864 by physicians and pharmacists. Hence the standards of the “B.P.” have come to represent the law of the land.

It is a remarkable tribute to the great work that physicians and pharmacists have carried on for over three score years – a work designed to make available to the public medicinal products of standard uniform quality.

THE PHARMACIST must not only know well the standards of the “B.P.” but he must be skilled in the compounding and care of the hundreds of medicinal products he handles. Your Doctor relies on him when sickness comes. He is trained in College and by experience to be accurate, and to judge and appreciate high quality. His professional services and the sacrifices he is often called upon to make in the public welfare entitle him to a large measure of the good will of the community he serves.

⇣ this is how to do things with the past

it is really easy to forget or not constantly remember that there is nothing inevitable or natural about the ways we all live now, in the present. it doesnt have to be this way.